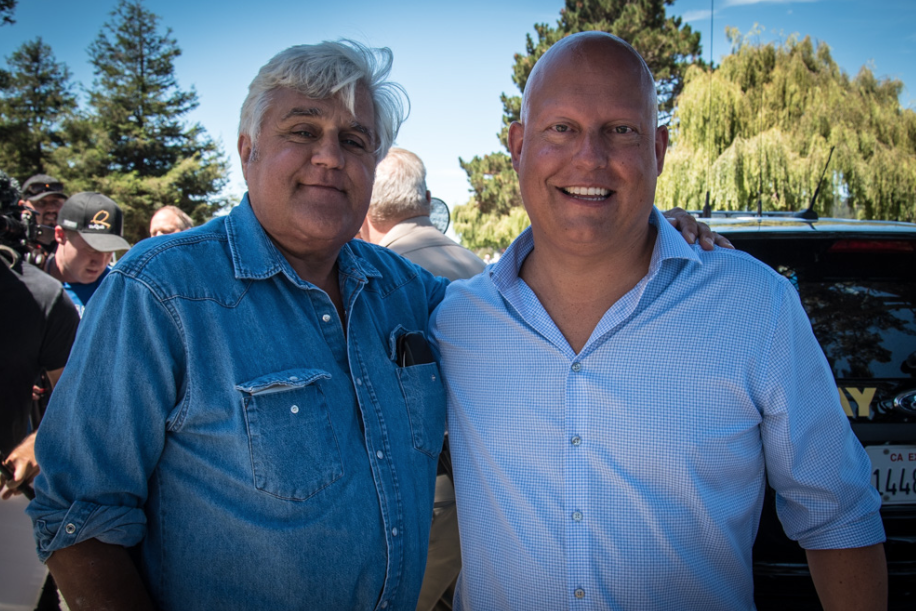 A quick overview of Monterey Car Week and all the spectacular events that lead up to and conclude with the Concours d’Elegance at Pebble Beach:

And if you’re interested in keeping a low profile, the BMW i8 may not be your car, as Pursuitist found out driving the car this weekend during the Pebble Beach Concours d’Elegance:

A night at the auction

Dinner complete, we boarded our shuttle to Pebble Beach for the Gooding & Company Auction. Several items on the block that evening proved to be very interesting with most cars selling within their pre-auction estimates. One notable miss was a 1995 McClaren F1 that had a pre-auction estimate of twelve to fourteen million dollars with an eleven million dollar reserve, but was pulled when bidding stalled at $10,750,000.

It was the two charity cars, however, that stole the show. The first was a 1957 Buick Caballero Estate Wagon that was donated by Jay Leno’s Big Dog Garage to raise money for the Wounded Warrior Project. The bidding quickly blew by its high estimate of $125,000 and rose to $300,000 when the bidder rose from his seat and approached the auctioneer’s podium. After a brief conversation off mike, the auctioneer returned to his seat on the stage and announced, “Ladies and Gentlemen, I cannot believe I’m saying this, but I respectfully request that you refrain from bidding further on this item.” He then hammered his gavel and called sold, at which point the new owner donated the car back to the auction and the bidding began again. This amazing act of generosity was met with a standing ovation and the car was quickly rebid up to $280,000. Because Gooding also donated their auction fee, every one of the $580,000 bid went directly to the charity.

The second charity car to hit the stage was the one-of-a-kind Concours d’Elegance BMW i8. Donated by BMW all proceeds of the sale were given to the Pebble Beach Foundation, which provides funding for over 85 area non-profit organizations benefitting thousands of area youths by supporting arts, sports, education and other programs including college scholarships. Before the Auction, BMW North America President and CEO Ludwig Willisch and guest auctioneer Jay Leno met to determine a strategy to raise $500,000 with the car. That strategy went right out the window as the bidding flew past that mark before the car finally sold for $750,000 to an anonymous phone bidder. Both Willisch and Leno were ecstatic with the world-record result.

Next post Christopher Parr Is Presenting At Luxury Interactive