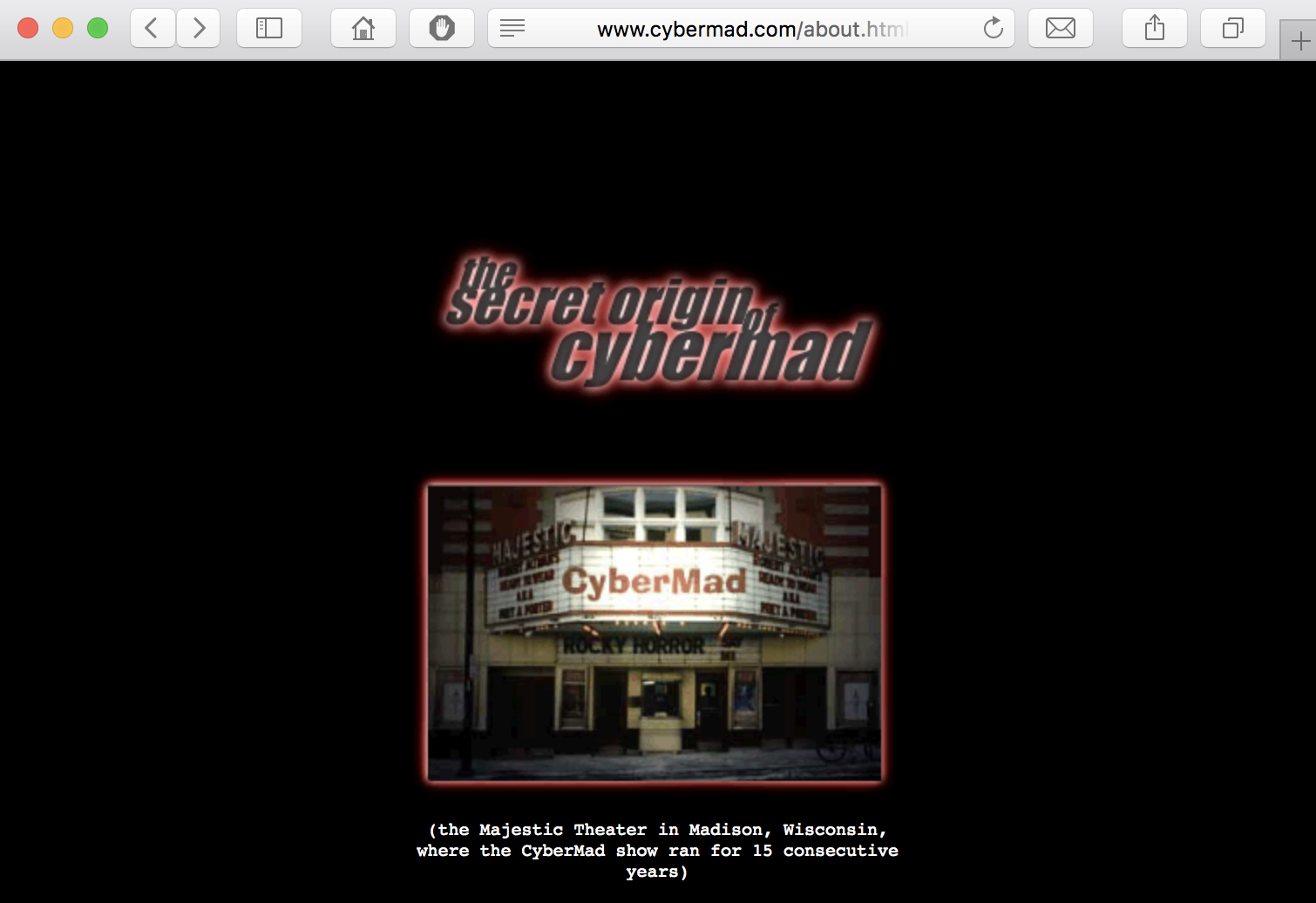 CyberMad Named “Best Site Of The Year” At MacWorld ’96

Christopher Parr, Madison web designer and the creator of the award-winning Cybermad, was awarded the “Best Site of the Year” at Boston’s MacWorld Expo 1996.

Before the media dubbed this format an “e-zine,” there was CyberMad, our online entertainment project from 1996. It received every award in the world, featured in magazines, books and on TV, and received the 1996 NetBest Award for Best Site. USA Today, Microsoft, author Douglas Coupland, Wired, C|NET, and NetGuide are only a handful of the folks who showered us with top praise.

“Parr is innovative & creative. Does a great job of generating an experience,” — Douglas Coupland.

CyberMad is prominently featured in the “Ezines” section of YPN’s 3rd Edition of “the Internet Bible”, available at a bookstore near you.

Additionally, the fine editors at YPN selected CyberMad as one of the top 100 web sites of 1996.

Christopher Parr and CyberMad were also featured in the Wisconsin State Journal. 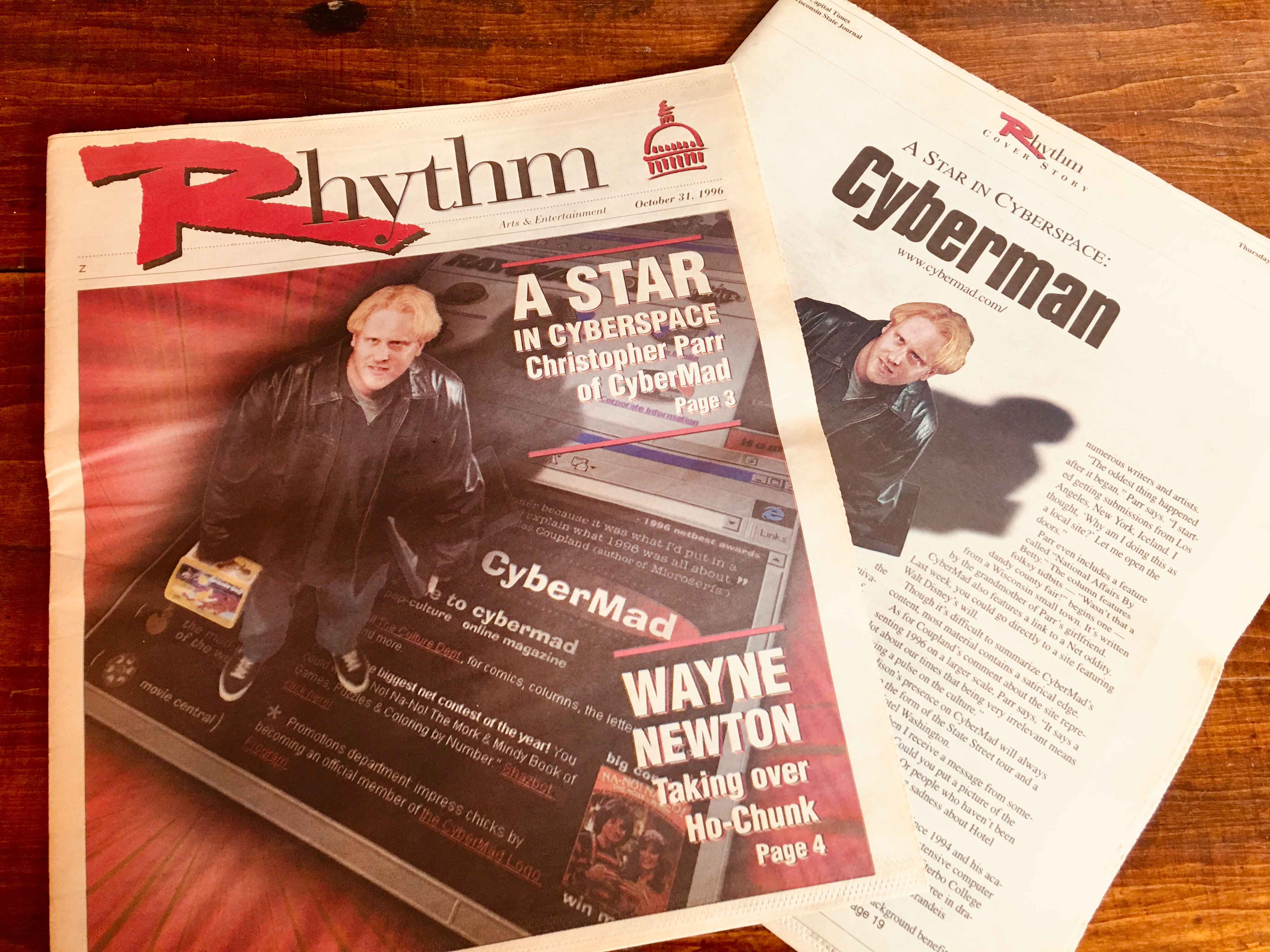 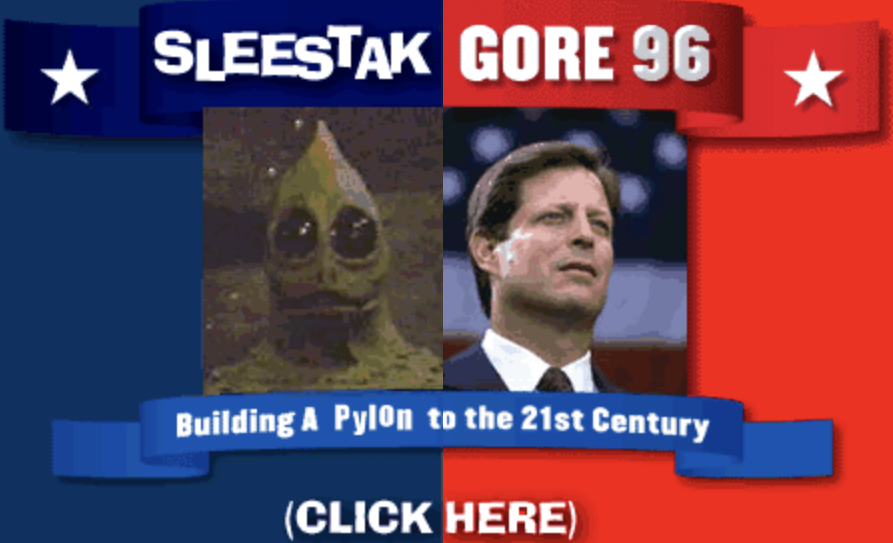 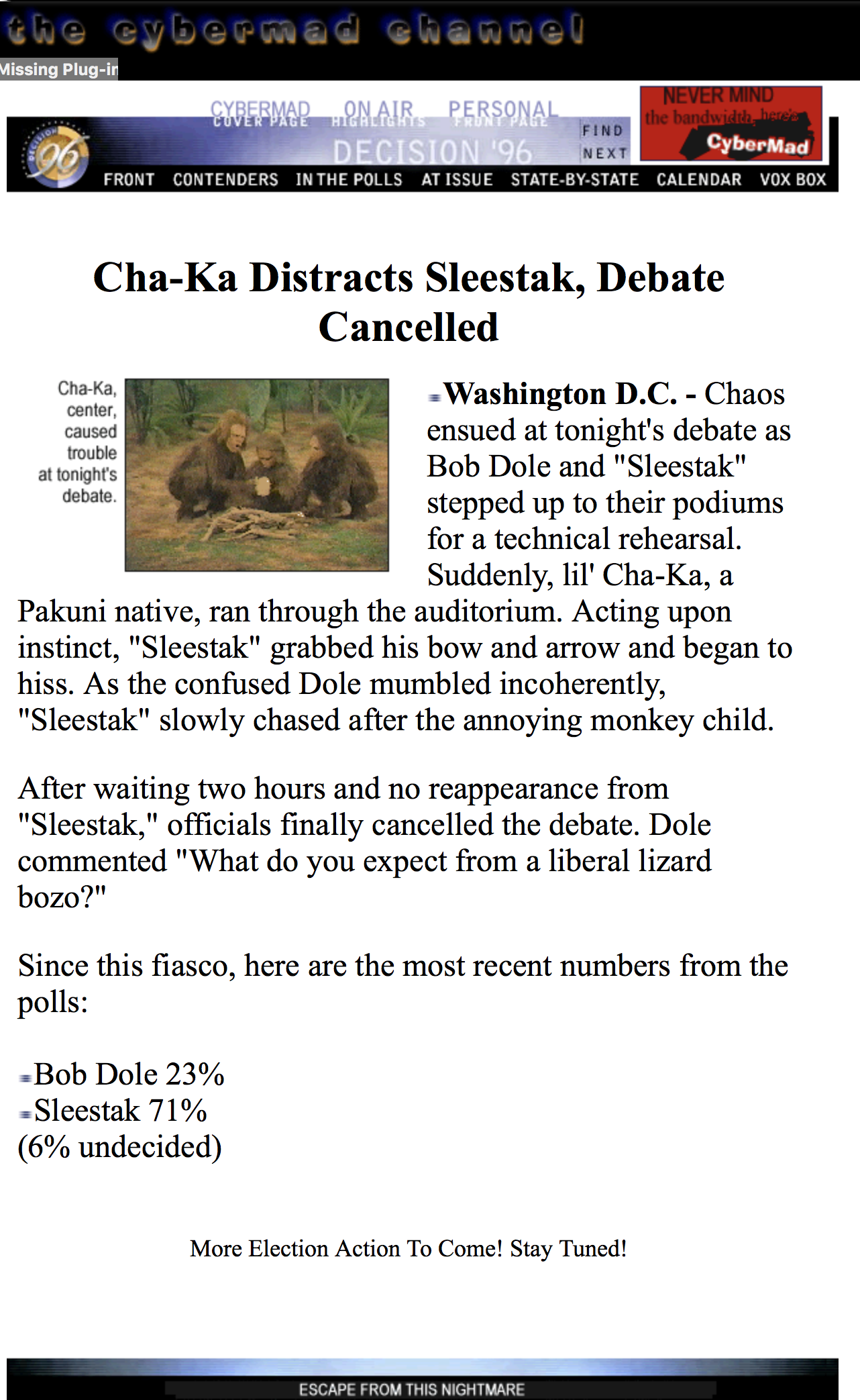 Next post Christopher Parr in the Wisconsin State Journal