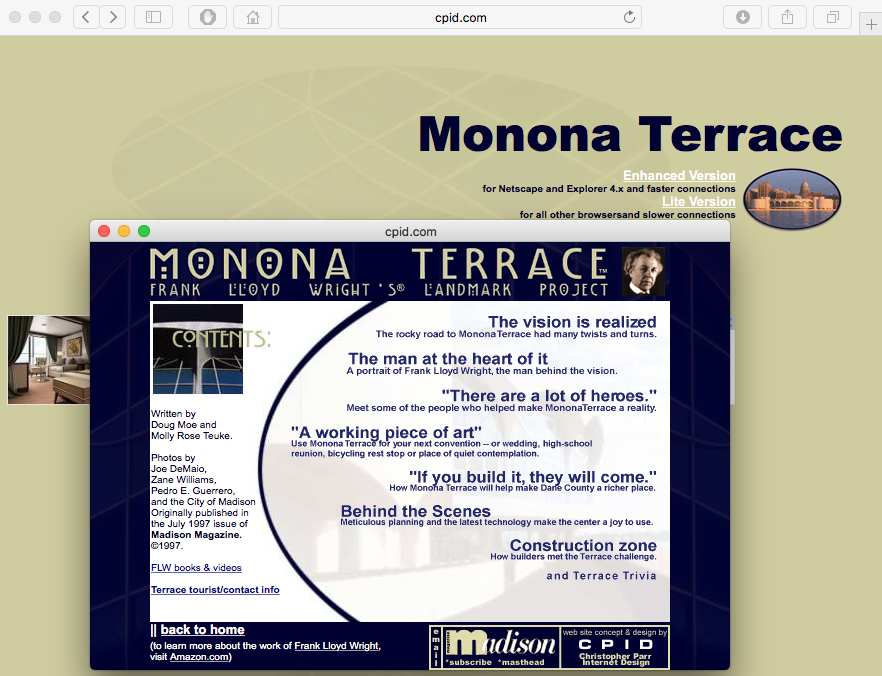 Madison, WI – — The Internet Professional Publishers Association has bestowed top honors upon CPID & Associates for their work on the Monona Terrace web site. One of the most distinguished awards in the Internet industry, other recipients of the IPPA Design Excellence Award for a Commercial Site include Cosmopolitan Online, ABC.com, National Geographic and Harley-Davidson.

In the IPPA’s review of the site, the judges stated that “…All in all, the Monona Terrace site is stunning in its revolutionary approach to Frames. The design concept is truly excellent and will probably emerge in the coming months as one of the new standards in a field yet again in transition. Our hat is off to CPID for some ground-breaking work. This is an up and coming shop and a good one to watch.”

In addition, the Monona Terrace also received David Siegel’s (author of “Designing Killer Web Sites”) High Five Award for Excellence. In the profile, High Five states that “the site design gracefully acknowledges Wright’s architectural legend by setting up a display that hints at the blueprint metaphor.” 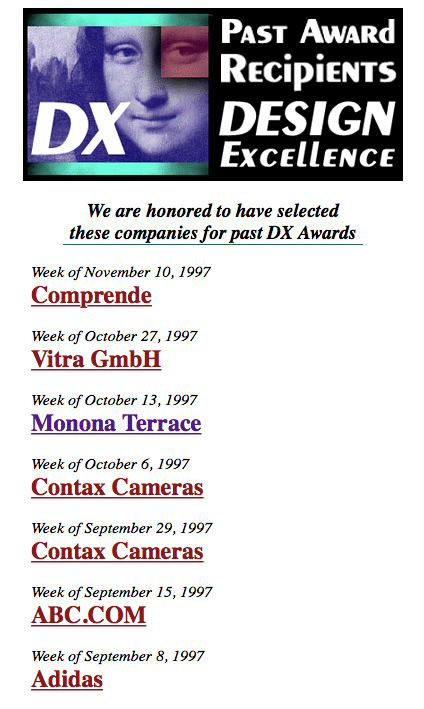 The Monona Terrace web site is a virtual edition of the Monona Terrace July, 1997 issue of Madison Magazine, featuring Frank Lloyd Wright’s landmark project. The site was also selected as a Yahoo! Pick of the Week for September 29th, 1997, and was featured on The Web Magazine’s web site. In a message from The Web Magazine’s senior staff writer Eric Hellweg, he called it “…a noteworthy site. We sort through hundreds of URLs each day, selecting only a handful to rate and review.” To view the Monona Terrace web site, visit www.mononaterrace.com.

Christopher Parr Internet Design & Associates is a web design firm based in Madison, Wisconsin. While CPID is a local company, its reputation and clientele are national, with clients on both coasts as well as in the Midwest. From creating original online content to conceptualizing and designing corporate web sites, the innovative CPID & Associates has been recognized for its award-winning design, content and style on numerous web sites. Recently, their work has been featured in the books ‘Web Sites That Work’ from Adobe Press and ‘HTML Unleashed 4’ from Sams.net.